The Opening Ceremony, followed by the Welcome Reception, will take place on Thursday, September 1st, 2016, at the “Dora Stratou Dance Theatre”.

After the welcome speeches, a cultural programme will follow with greek dances from Crete island and a music performance from the Underground Youth Orchestra.

A few words about the “Dora Stratou Dance Theatre” 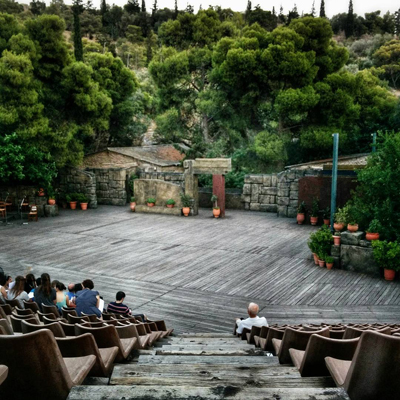 “Dora Stratou Dance Theatre” is a garden theatre with 860 seats and is situated opposite the Acropolis, on the far side of Philopappou Hill. It is one of the oldest and largest theatres and dance companies in Greece, and certainly the most well-known internationally.

Since 1953 the theatre is the living museum of Greek dance. Dances, songs and music are presented in their original forms that were or are still performed in the respective villages or islands. Costumes are authentic museum pieces, handmade in villages a century ago. The company wardrobe contains 2,000 costumes from all over Greece, complete with jewelry and accessories.

Extensive field studies by a team of researchers, supports the fidelity of performances to the original.

The “Dora Stratou Dance Theatre” prides itself for being unique in the world in its philosophy and mode of operation, since it is at the same time: a dance company, a music ensemble, a theatre, a school, a publishing house, a research institution, an archive, a costumes collection, and a resource center for folk dance groups Furthermore it has a large professional dance company whose dancers are all dance teachers, the dance company has performed in 25 countries, to about 3 million spectators. The dancers have an experience of several hundred or even several thousands of performances each. Among them, there are many who are linked with family ties and at times they have performed on stage three generations of the same family.

For more information about “Dora Stratou Dance Theatre”, you may visit the official web page http://www.grdance.org/en/ A few words about the “Underground Youth Orchestra”

The Orchestra was founded in 2010 under the direction of Costas Eliades.

In the summer of 2012 the Orchestra made its first official appearance by participating in local festivals in Greece. In collaboration with the Embassy of Venezuela in the spring of 2013 performed a concert for the internationally renowned system of orchestras “El Systema”. In September 2013 it took part in the Olympic torch relay for the Winter Olympics 2014 in Ancient Olympia. In October 2014 it held a concert in the Hall of the Greek Parliament on the occasion of commemoration of October 28th, 1940, which was broadcast live on the Greek Parliament TV channel. So far the Orchestra has made more than 50 official appearances. 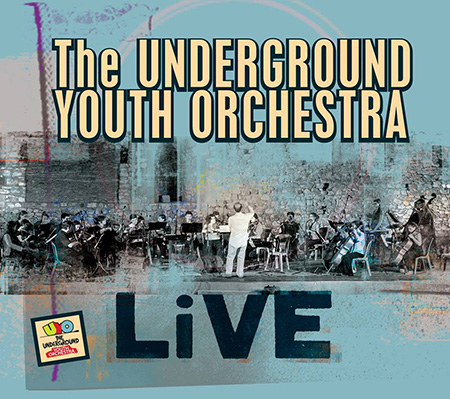 The Orchestra has collaborated with famous artists, such as Elli Paspala, the soprano Elpiniki Zervos, Maria Farantouri and Dimitra Galani.

The 35 members of the orchestra are music students aged 12-24 years. The ensemble is complemented by three professional musicians who are also responsible for the organization of the orchestra.

On foot: From the Plaka district, take the pedestrian street towards St. Dimitrios Loumbardiaris and keep following the signs. (only during the performances days)

By bus: Take trolley bus 15 till the Philopappou stop, or bus line 230 Acropolis-Zografou.

By car: Drive around Philopappou Hill, starting at the "Dionysos" restaurant opposite the Acropolis; The theatre has a spacious parking lot. GPS: 33 Arakinthou

© 2015 EFOMP. All Rights Reserved | Developed by VOTeam | Design by W3layouts